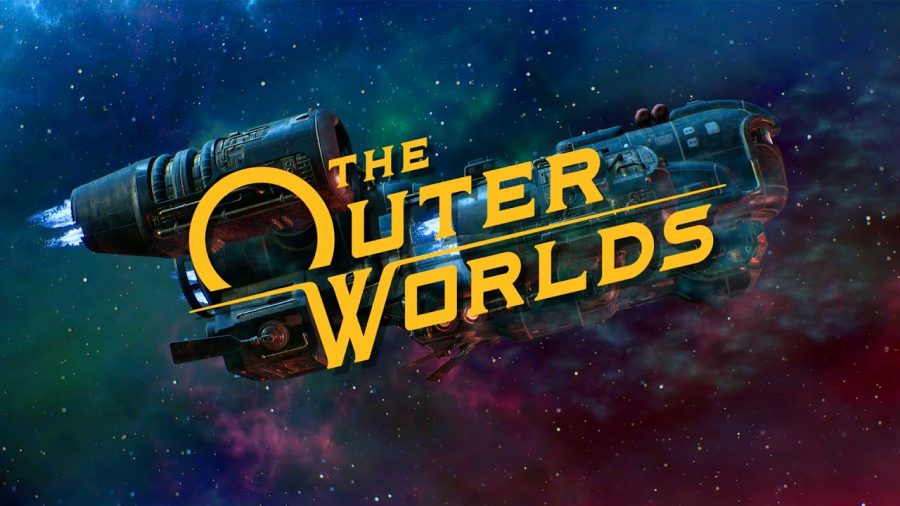 The Outer Worlds is a new action role playing game made by Obsidian a game development company based in California. Obsidian is most known for its creation of Fallout New Vegas. Obsidian created Fallout New Vegas which is regarded as being one of the best Fallout games. The Outer Worlds in many ways is a return to Obsidian’s roots it has the dark humor and rpg mechanics that the company is known to put into many of their games.

The game opens with a message being played describing the events that happened prior to the beginning of the game. A company called Halcyon has ventured out from Earth to create new colonies of Earth and the player character is one of the colonists aboard a ship called the Hope on what is supposed to be a 10 year journey. The ship ends up getting lost in space for 70 years and Halcyon has no plans are trying to find it, the player is awoken by a mad scientist who believes Halcyon and its board are corrupt and only care about money and should be destroyed.

After waking up the player gets to make their character, pick skills, and give their characters attributes. In the character creation section the player gets to pick their gender and gets to design the character’s facial features. From there the player gets to pick their strengths and weaknesses by putting points into different skills such as melee, ranged, small arms, stealth, leadership, dialogue, and technology. Within each of those sections is four different skills tied to the section for example in the dialogue section there is lie, persuade, and charm. Each point put into each skill section will give points to all the subskills within the main skill. From there the player picks an aptitude that will give them plus one to certain areas like medical or science.

Having choice in a game like the Outer Worlds is very important as it gives the player the choice to play the way that they want to and not the way the developer wants them to play. For me, I wanted to play as a kind of rogue character in the game and I was able to focus on being able to lie and get what I wanted, or put points into the lockpick skill and break into any room or locked item to get quest items while staying out of direct conflict.

The player is then dropped into the open world of the game where it feels like you play a tutorial for 30 minutes. There is a ledge that looks like you should be able to jump up to it and fight the animal that killed someone, but the game puts a wall in your way and forces you to walk for a couple of minutes along a set path with no deviations and no items to pick up. Eventually after walking for a few minutes and learning how to jump, slide, and sprint you reach a cave. The opening stretch of the game is not needed and pulls the game down because it teaches the player things they would probably already know and only teaches movement controls and not combat controls. This could be fixed by giving the player a weapon off spawn, and by adding in a few enemies before the cave.

Inside the cave is a soldier for the Spacer’s choice which is one of the companies controlled by the board he has been injured by vandals outside and will you give his pistol if you talk him into it. This is where the game starts to open up once you get the gun you can leave the cave and truly enter the open world fighting vandals as you make your way to a ship to leave the planet with. The first couple of hours of the game take place on the starting world as the player works to fix the ship and completes side and main missions. The world is called Terra-2 and contains the city of Edgewater and its outskirts.

Edgewater is a dilapidated town in which Spacer’s choice runs a cannery as the main source of income. Edgewater is home to many different types of people most of whom can be talked to and some even give out side quests. An intriguing character that works on the outskirts of Edgewater is Ludwig who hates machines because he believes they will turn on humanity and be the death of the human race. On your quest to fix your ship you will encounter the owner of the cannery, who sends his lover Parvatti with you to help you get a power convertor for your ship. Parvatti is the first companion the player can receive and she is impossible to miss unlike some later companions in the game. In order to get the power convertor the player must turn of power to a settlement of Spacer’s choice workers who quit their jobs at the cannery and steal their power convertor, however a major part of the Outer Worlds is player choice and input. The player is often given two or more choices, neither one necessarily right or wrong. At this stage in the game the choice is to take power from the settlement or Edgewater both result in gaining a  power convertor, but based on the choice made people may have new opinions of the player.

Once the ship is fixed, the player is able to explore the open worlds of the game among the many destinations if the Groundbreaker a ship that hosts many stores, the Groundbreaker looks like a modern city in the sky and slightly run down it is very dark in places but neon signs light up the sky. The story does not dwell on the Groundbreaker very much it’s more of a pit stop for the greater story. Which is a shame considering how good theGroundbreaker looks. There is also the planet of Monarch which is an overrun world where humanity’s settlements are largely no more. The planet contains lots of dangers and not many safe places, the terrain is jagged and hard to navigate most of the story seems to take place on Monarch and the player will be doing a lot of walking on Monarch. Due to its many dangers Monarch is probably the most deadly of the games locations being covered in acid pits, vandals, violent creatures, and far drops. Monarch’s landscape however is very nice it’s an orange rocky world with a turquoise sky and a huge mountain in the heart of the area makes it stand out. Monarch is covered in abandoned towns and small settlements of people fighting to survive that you can work with or against. I believe the ability to choose who you align with is important because aligning with different factions will give the player a discount when buying items from a vendor of that faction. Being able to side with people and factions is also important because choosing to side with one faction over another could cause an entire settlement to be wiped out.

The Outer Worlds contains many unique weapons types that can be used to protect the player from the dangers they will encounter throughout their journey. The game has four main types of weapons in it heavy weapons which includes long arms, light which is small arms and light machine guns, energy which is any weapon that does elemental damage, and melee which includes blades and bludgeons. There are also many unique weapons one such being a shrink ray that will make enemies smaller and deal damage to them, or a flamethrower that works in close range that looks like it is shooting red lightning.

The Outer Worlds has some downsides with having a lot of walking from point A to point B, and not spending much time on some locations. However where the Outer Worlds does well it does really well. The game is smooth and in my experience has very few bugs and problems with the functioning of the game. The game play is crisp and the game allows for multiple different avenues to complete any task in the game and allows for multiple endings and different experiences with anyone who plays it. When I finished the game I immediately wanted to go back and start over to see what would happen if I did some things differently or sided with different people. All in all, the Outer Worlds is a great game that anyone who enjoys action or rpg games would enjoy.