Students Embrace the Responsibility that Comes with Voting 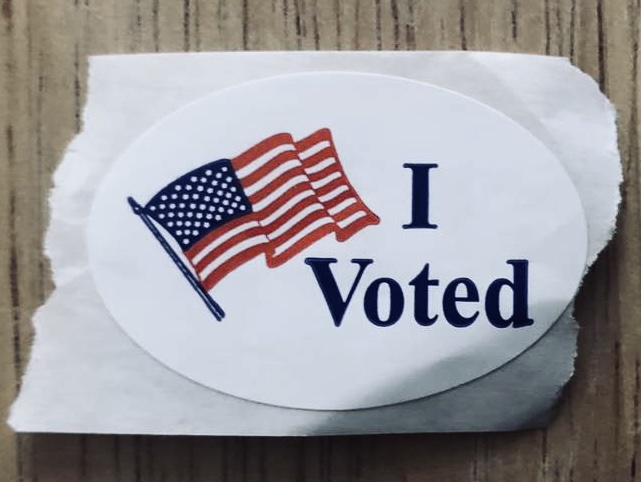 Many seniors at GCHS had the opportunity to vote in their first election in November.

The 2020 election is a very hot topic right now, and who better to be interested in this topic than young voters who are finally able to have their voices heard after submitting a completed ballot?

There are many students at GCHS who have turned eighteen, and this will be their first time voting. Students are prepared to cast their votes for the first time and are experiencing many emotions. Grace Mukherjee, a high school senior, turned eighteen a couple weeks ago and is now able to vote. “I have the opportunity to make my voice heard.  Voting is a way to take action in our democracy.  It’s important to make a contribution to the nation that we live in,” she said.

Young voters may initially turn to family members to help them make decisions. Parents are going to teach their kids what they value and what they believe is right in the world and with politics but at the same time, they must form their own opinion. That is the important aspect for many new voters to accept. “We’re all entitled to our own opinion”, Ally Cansler, 21.. “I have never voted before this election, because politics is not something that I am passionate about. My mom and stepdad are on opposite sides, so I agree with who I relate to the most.”

Deciding where one falls on the political spectrum is not something that comes quickly either.   “It takes time to build an opinion”, Mukherjee stated. “When you’re growing up,that’s part of your job to build your own views and opinions.” Turning eighteen is not just being able to move out, but make one’s own decisions and beliefs. Those things come with moral values and responsibility.

Andrew Stock is a social studies teacher at GCHS, and he has already voted in several elections. He also acknowledged that his own personal views are also different from his family. “I think it is good and healthy to have an opinion on politics”, Mr. Stock said. “I grew up spiraling with my dad about politics. I’m not going to tell my kids who to vote for. I am going to try to teach them values and epiphany.”

Mr. Stock has suggestions for the newest voters at our school. “Get things from a variety of sources as much as you can”, Stock said. Anyone is able to get information from looking up other stories about things going on or reading articles.