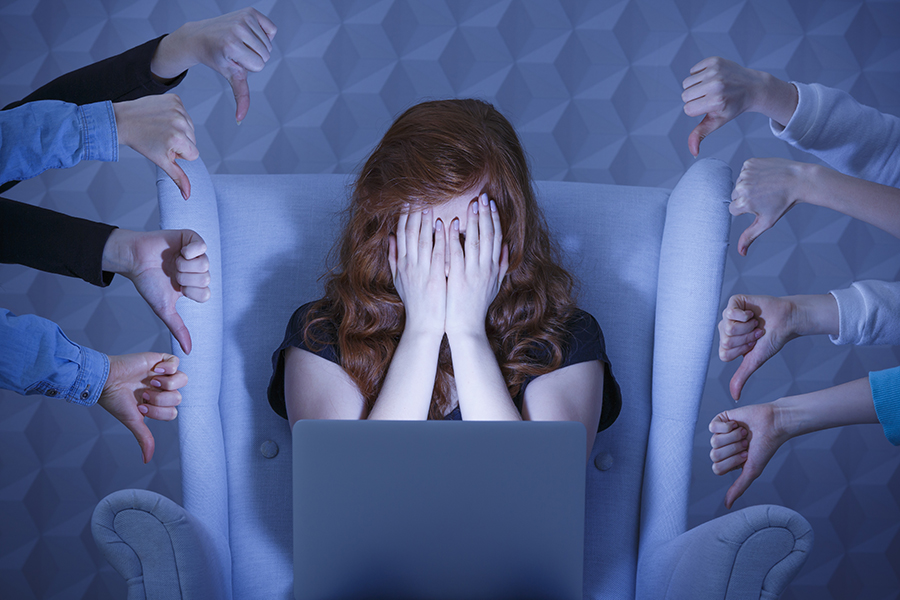 Social media accounts often have a negative impact on the self-esteem and confidence of teams.

​Today social media is seen everywhere and used by over 3.6 billion people worldwide, with a good percentage of its users being teens and young adults.  In social media people often post pictures of themselves and their lives, but only show the highlights or the best portions. This makes it easy for teens to compare themselves to people they see on the internet.

Society has created a beauty standard that is not realistic and toxic to those who don’t align with these standards.  The result of this is giving teens a low self-esteem for not living up to these expectations.

Social media gives individuals the opportunity to glorify a certain look and to shame those who may be on the other side of the spectrum. Praising a certain appearance creates a beauty standard that people are expected to follow or look like.

Sarah Ross, a 17 year old junior at Great Crossings High School, explained her experience with social media standards, and what the people on there define as beauty.   Ross said, “I see social media define attractiveness as skinny and flawless, or curvy but with no rolls.  I see beauty being considered smooth skin with no blemishes and absolutely no flaws.  Basically nearly perfection.  It’s rare that I see social media consider a girl with a belly and stretch marks attractive.  Even when it tries to be “body positive” and show a heavier set girl or guy they are never real.  It’s usually a curvy person, never someone who is actually overweight.”

Grant Clay, a 17 year old senior at Henry Clay High School, explained what social media standards he sees. “Social media makes you feel like you have to look and act a certain way to feel attractive or fit in. and they’ve affected me and just about everyone I know.”

Social media can take a toll on anyone’s mental state and self image. Ross shared the effects this has had on her personally, “There have been times I’ve had to delete the apps for a while because I felt so bad about myself.  The biggest issue is that it’s hard not to compare yourself to those beautiful, flawless women.”

Centers opened up about how these standards made her feel too, “Social media standards have absolutely affected me personally.  It’s so mentally draining seeing all these standards & what’s considered beautiful & being the complete opposite of it. It really is damaging to my mental health.”

With such expectations it can be easy to fall into the trap of trying to change yourself to “fit in”. Ross discussed changing to fit in, and how she feels now when she looks back on it now. “ I feel like everyone does [change themselves].  I regret it because it never actually made me feel good.”

Centers opened up about the times she always changed her choices in an effort to fit in on social media.  She said, “I would tear myself up about it & skip meals, work out so aggressively, dye my hair, just trying to fit the standards.  I totally regret it.”

There are so many social media platforms that should be used to spread love and positivity, instead of being used in a way to create this ideal appearance and hurting others self image. Ross stated what she thinks social media should be promoting or normalizing instead, “They should be supporting every single type of body. Big, small, medium, stretch marks etc.”

Social media has invaded the lives of many teens and young adults attempting to mold and shape minds and perceptions of what is attractive and what is beautiful.  Each person is unique in their own way and should be accepted for that.  ​