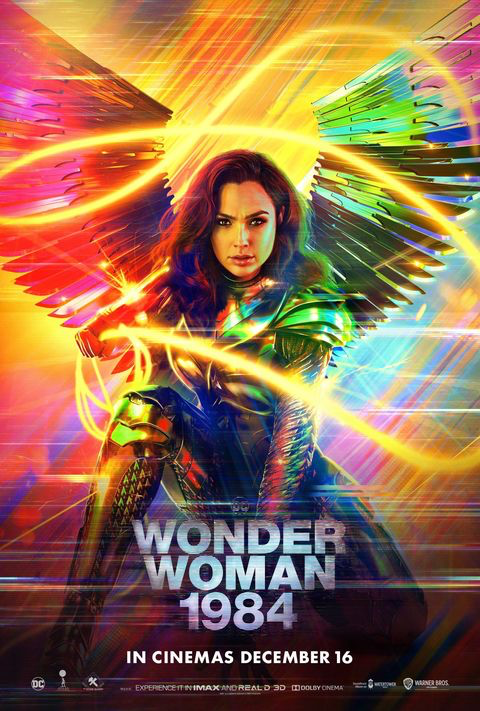 DC has taken their fair share of hits for letting down their fans with disappointing, badly directed movies. There was Batman vs. Superman, Justice League (not the Snyder cut), Green Lantern, and now Wonder Woman 1984.

Patty Jenkins, the director of the movie, had directed the Wonder Woman movie from 2017 that nearly everyone loved. We all had high hopes that this movie would be almost just as good.

Wonder Woman from 2017 was an outstanding movie. It had action, love, and a great plot. That’s why when they announced that they were releasing a sequel, DC fans were on the edge of their seats.

It was to be released first on HBO Max on December 25, 2020, since no theaters were open during that time of the pandemic. Many families and individuals were ecstatic to have something semi-interesting to do while they were stuck inside their home. Like most, my family made a day of it.

Wonder Woman 1984 was set in the 80’s with the well-known neon, leg warmers, mullets, spandex, etc. The story revolves around Diana, played by Gal Gadot, who is blending in with all of the other ‘normal’ people, although she is secretly doing heroic deeds as Wonder Woman. Due to her job at the Smithsonian as an archeologist, she meets Barbara Minerva, a shy and introverted new archeologist. They form a friendship, although Barbara envies, yet still admires, how Diana seems to be amazing at everything she does. They are both working in the Smithsonian as archeologists, that is where they meet.

Diana and Barbara eventually come across an artifact called a Dreamstone, which is able to fulfill wishes with a certain cost. The dreamstone is very similar to the monkey’s paw in the story W.W. Jacobs wrote. Many events unfold surrounding this artifact, including the introduction of the villains, Cheetah and Maxwell Lord. By the end of the movie, Wonder Woman saves the day with an emotional speech to the entire world.

I’m sure many people were confused throughout the whole movie, like I was. The first watching of it, all I saw was a mesh of colors mixed with a confusing plot and questionable events. Firstly, spoiler alert, Steve is back. When he showed up in the movie I was already going down a spiral. He had an emotional goodbye in Wonder Woman, why did they have to ruin that and bring him back?

After saying to myself ‘alright he’s back, let’s go with it’, I find out that not only is he back, but he’s in another man’s body. Strange, but I went with it, thinking that maybe the movie was still going to be good even with this odd happening. I, sadly, was wrong.

A quarter into the movie, they introduce the villain Maxwell Lord. He is a power hungry business owner who wants the Dreamstone to help get his company back in motion.  He gets a hold of the stone and wishes to become it. I did not make that up, he actually wished to become the stone. So, now he is able to grant other people’s wishes by touching them and making them tell him what they want.

At some point he even gets into the White House, you’d think they’d have better security. Nope, he just waltzes into the White House and confronts the president about a satellite that can ‘touch’ the whole world. Yes, it’s going there. He’s trying to grant the wishes of every single person in the world.

For every wish Maxwell grants, he is able to get something in return. He just thought, ‘world domination sounds fun’. He wanted to become the most powerful man in the world. I thought it was terribly cliche. But, what else can I expect from a poorly written movie?

One of the most baffling parts of the film was when Barbara was revealed as the villain, Cheetah. I thought the movie was suddenly Cats. Cheetah was definitely not a pretty sight to see. I almost wanted to cover my eyes. The actual fight was alright, despite the terrifying creature that was Cheetah.

Although the film had many flaws, the cinematography of the film was one of its strengths. Most of the fight scenes were enjoyable to watch, shot with just the right intensity. As mentioned earlier, most of the scenes were very bright and vivid with color. I didn’t mind this choice since it looked really nice. The special effects throughout the film looked realistic as well. Well, that is until we get to the scene where Diana starts to fly. You read that correctly, she suddenly turns into some knock off superman by the end of this movie.

In the end, the movie was just a mess of plot holes and cheesy lines. I wouldn’t recommend watching this movie if you enjoyed the first Wonder Woman. Although, there is a nice cameo from Lynda Carter, who was the very first Wonder Woman from the show in 1975, at the end of the movie. At the end of the day, I would give this movie a total of 3/10 stars.